The ADG library (Automatic Drawing Generation) is a set of functions focused on automating the drawing of mechanical parts.

When different parts share a similar shape, a custom application can be much more effective than the traditional way of manually drawing every part with a CAD. In many factories, typically where mass production is involved, this is quite common. Valves, nozzles, elements, nuts, bolts, washers, needles and a lot of other components fall into this category. 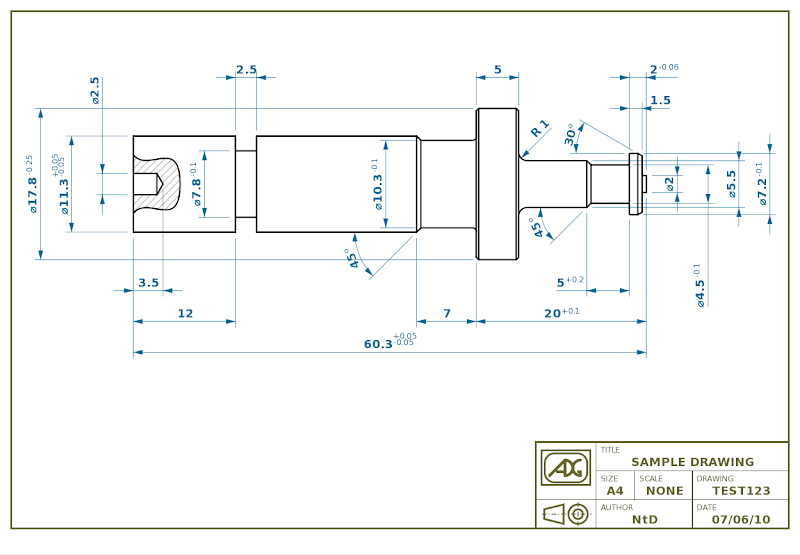 You can get similar results by using a parametric CAD, but a custom application provides the following benefits:

Although the ADG project has been developed in C using an object-oriented approach, the applications based on it are expected to be developed using higher-level languages, especially garbage-collected ones. See the language bindings section for more details.

Its components (such as model handling, user interface support and drawing customization) are fully decoupled, making possible for instance to build the project on a headless server for web applications support. Check out the technical details page for further information.

The project is cross-platform. It is known to build on various flavour of GNU/Linux systems (ArchLinux, Slackware and Ubuntu), FreeBSD, OpenSolaris and Windows XP (either by cross-compiling from GNU/Linux systems or by natively building it on a MinGW environment).