Here are referenced a sample set of operating systems where the ADG project has been successfully built. Currently the project is switching to the meson build system, so the shell snippets could not be up to date.

On each section, a short summary of the issues met on that specific platform is shown. The eventual commands displayed should be taken with a grain of salt: they can (and likely will) fail. 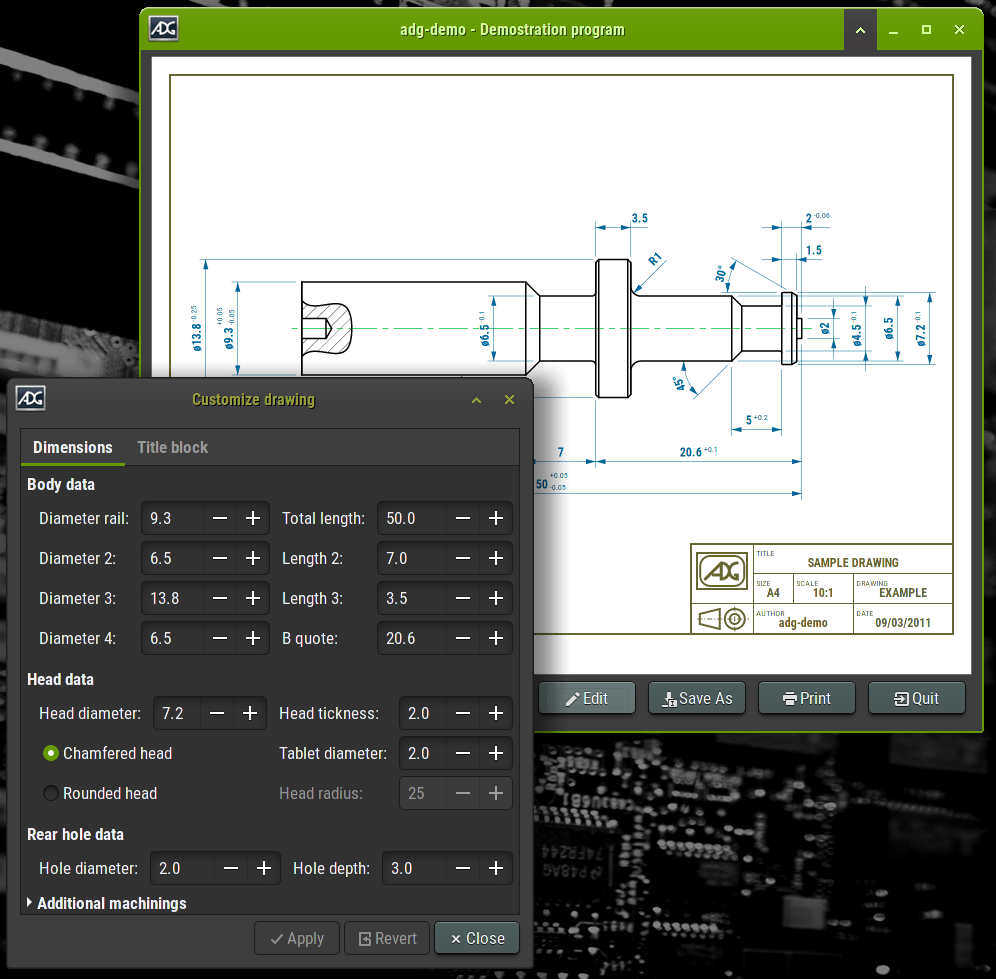 Actually the ADG is developed on this platform, so there should be no problems in building either from a tarball or from a fresh git checkout. GObject introspection and gtk-doc documentation are included in the tarball, so there is no need to rebuild them.

The screenshot is taken from adg-demo version 0.9.3 running on an ArchLinux distribution with the pho-earth-by-night GTK theme and xfwm window manager. 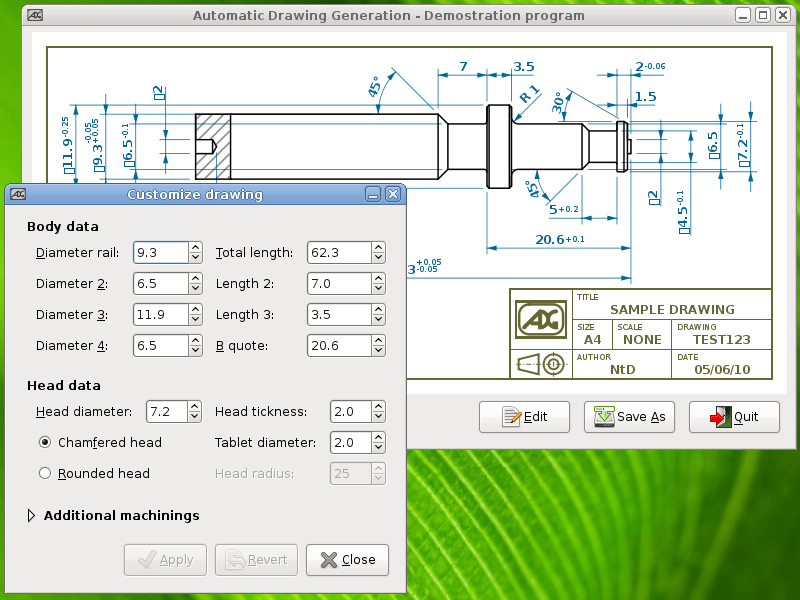 Some build component, specifically the i18n part and the shave tool, requires GNU make so gmake must be used instead of make. This means the only major difference from a GNU/Linux system is the use of a csh based shell instead of GNU bash.

Keeping the build compatible with FreeBSD is a matter of not relying on bashism. This gives the advantage that the ADG could be easily included as-is in the FreeBSD port system.

As from version 0.6.3, there are no known issues on FreeBSD: both the tarball and the git checkout build fine and all the tests pass successfully, making this a good platform for ADG development.

For convenience here are the commands used to build the ADG on FreeBSD:

FreeBSD does not come with a set of packages preselected: it is a minimal distribution with tons of customization variants. The above commands work for a FreeBSD 8.2 installed with the Development category preselected. 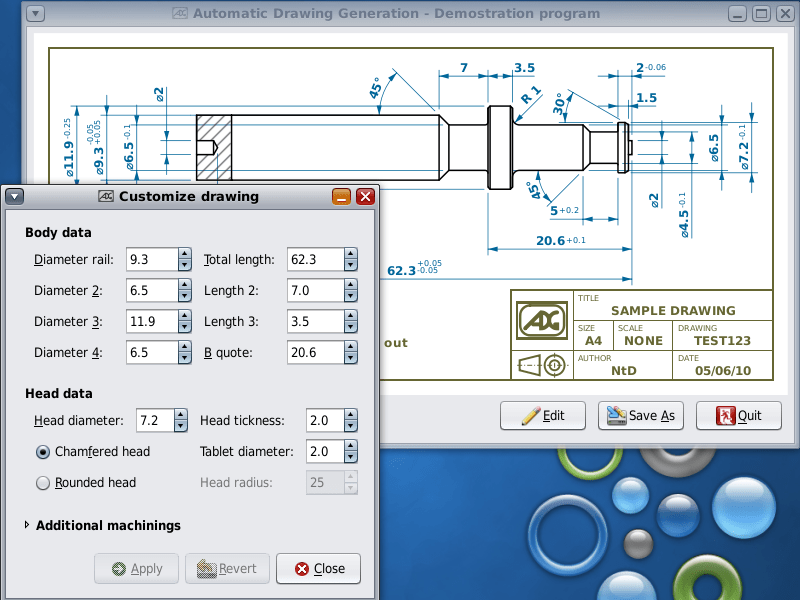 ADG builds just fine from a tarball and from a git checkout.

In the following, the commands used on a bare OpenSolaris 2009.6 installation to build and run adg-demo from a fresh git checkout. OpenSolaris does not provide a standard automake and aclocal binary, so they must be explicitely set using the proper environment variable at configure time: 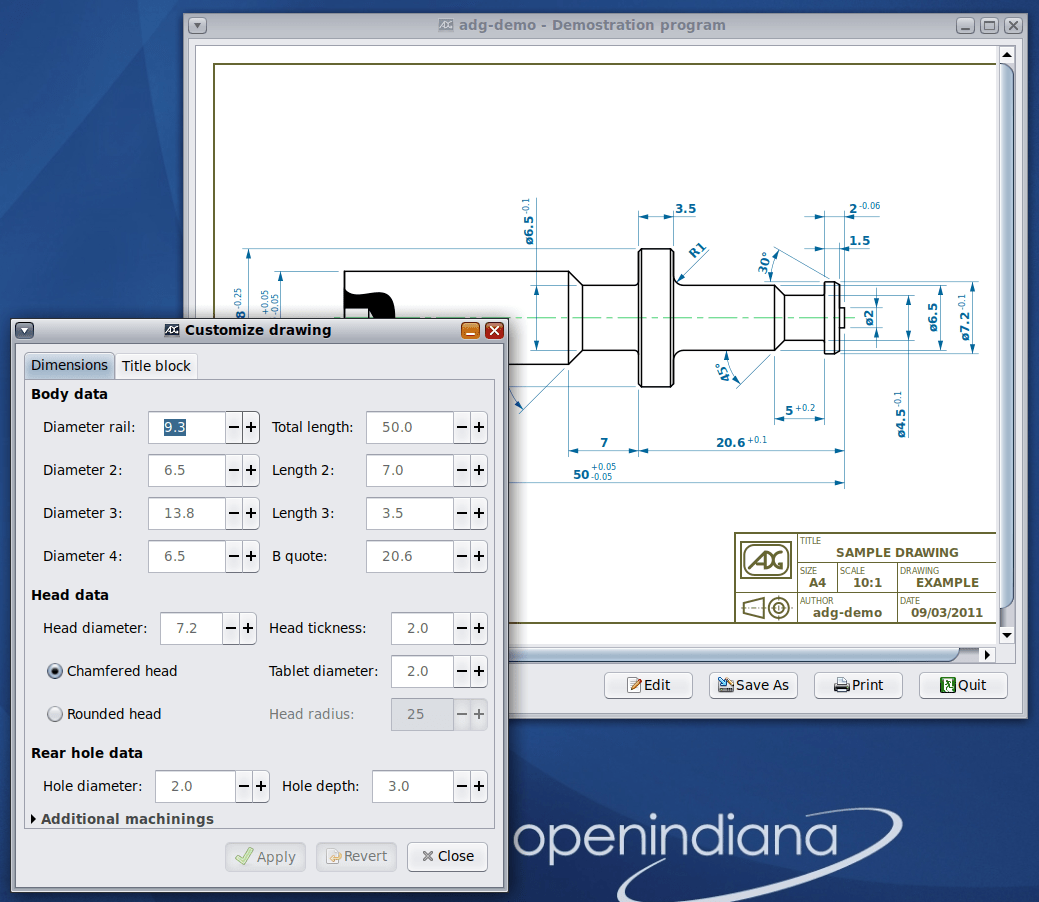 OpenIndiana seems to be the sane continuation of the now dead OpenSolaris project. After the required build dependencies have been installed, the ADG project basically works out of the box here, making OpenIndiana another viable option for ADG development purposes.

For reference, the following commands have been used to compile a fresh git checkout: 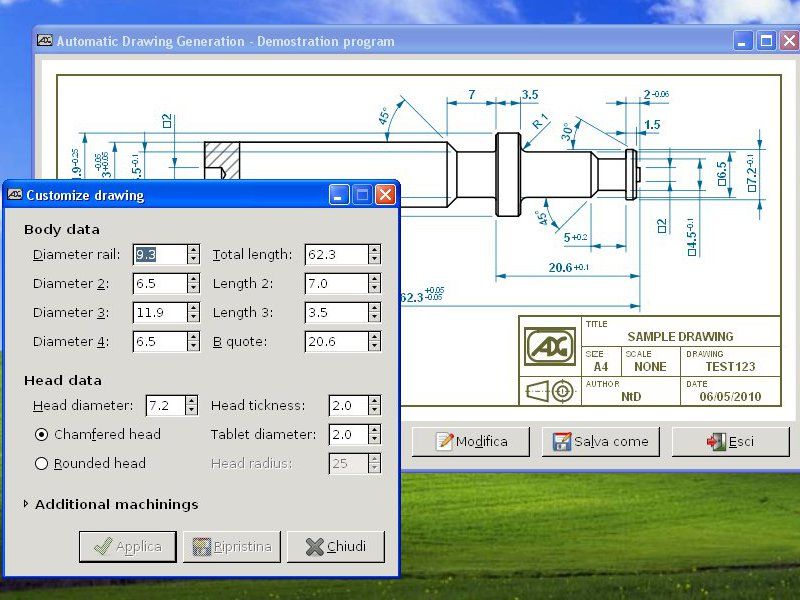 The current build system is able to cross-compile the project from a properly configured GNU/Linux system and build an installer using the NSis tool. A couple of wrappers under the build directory are provided for building win32 and/or win64 binaries. Binaries got by cross-compilation can either be tested on GNU/Linux by using wine or natively on Windows.

Native builds on Windows are (at least theoretically) possible by leveraging the MSYS2 project, but it is not supported by the ADG project itself.